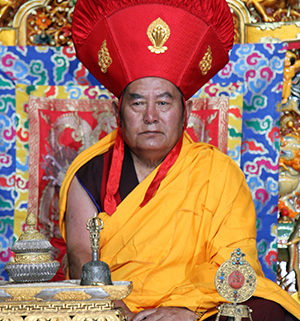 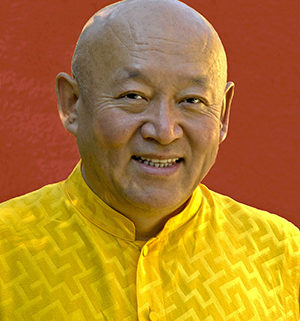 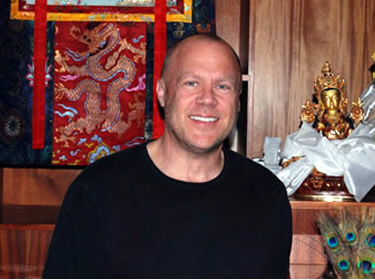 “I awakened my interest in Buddhism while spending time in Japan as a student in the early ’80s. My interest was quite broad but heavily influenced by Zen. I spent many years reading about Buddhism and practiced – off and on – on my own. While living in Geneva, Switzerland my wife and I visited Rabten Choeling which was my first exposure to Tibetan Buddhism. Practice was conducted in 5 languages there and I wasn’t completely sure what was going on most of the time, but I did feel a connection.

Shortly thereafter we moved to Dayton and I remember thinking to myself, ‘There is no way there is a Buddhist temple in Dayton, I’ll probably need to drive to Columbus!’. Surprisingly enough, upon a quick Internet search I found Gar Drolma and was elated to see it was only 4 miles from my house. I came one Sunday morning for practice and everyone was so helpful and welcoming that I decided to come again. I have now been a member here for a few years and am honored to be part of the Sangha. Through my service on the Board I strive to be of service to our teachers, members and visitors alike.”

“Gar Drolma has become such and important part of my life over the past 4 years.  I walked in as many do: with no clue what to expect.  I spent my first day at Gar Drolma doing White Tara.  I didn’t know what any of it meant and I didn’t know why people were doing it but I was immediately drawn in.

This was quickly followed by a Guru Rinpoche Empowerment by Bhaku Rinpoche.  I sat in the first row and served tea to him and his attendant.  This was a retreat where no one was to speak except for during the practice and the only meal was a vegetarian lunch.  I did it all and still had no idea why it was so important to me.  Time has passed and I have developed an understanding that is hard to explain.

This temple is so important to my life and its future, I now know, is essential to not only my well being but all members and beyond.  I have always had a special affection for new people that come to this center.  I truly believe that we have something to offer anyone who walks through the doors of Gar Drolma.  I think (after much meditation and practice) that I am meant to help new people find how the Dharma can make anyone’s life of bigger benefit no matter what their cultural or religious background (even it I don’t personally have all the answers).

I wish for others to discover the joy of sharing in this wonderful Sangha. I want to show all that Gar Drolma is a special and important part of this community that is worth supporting.  I look forward to helping make the most of this center so that it can give the same gift to others that it has given to me.”

“I have been interested in Buddhism since the 70s and was really grateful to discover several years ago that Dayton had a center. Since I have been coming to the cener, I have been amazed at the teachers I have met here, as well as the range of teachings they have offered us. I have also been extremely impressed with the dedication of the Sangha. We are a relatively small group but everyone pitches in, including out-of-towners, to support the center and enable the teachings.

Gar Drolma Choling is a great place to practice and to meet other practitioners. My mind seems to naturally find calmness and mindfulness when I sit in the main meditation room.

In joining the board, I look forward to working on extending the range of teachings that the center offers. I am particularly interested in helping to establish opportunities for newcomers, both those interested in Buddhism and those just interested in learning meditation techniques.” 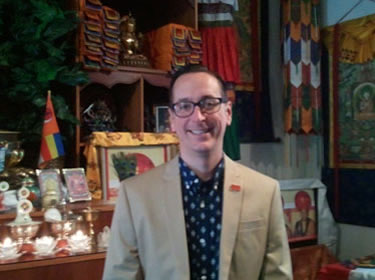 “I became interested in Buddhism while in high school. After graduation I moved to Boulder Colorado and practiced for a while in Chogyam Trungpa’s sangha. In 1996 I met and took refuge with Khenchen Konchog Gyaltsen Rinpoche. The next year I had the great fortune to receive some teachings from Garchen Rinpoche and have continued to do so as much as possible ever since. Around this time I also received many teachings from His Holiness Pema Norbu Rinpoche and other lamas from his monastery.

I met Gar Drolmaís founding members at some teachings in New York in 1999 and learned that they were moving to Dayton (where I had recently returned to) and wanted to bring Garchen Rinpoche to Ohio for teachings. I have been coming to the center (on and off) from the time it was at its initial location in a second story storefront in Yellow Springs until the present amazing location.

I am excited to be able to serve Rinpoche, the Dharma, and our community by assisting with the work of the board in any way that I am capable. 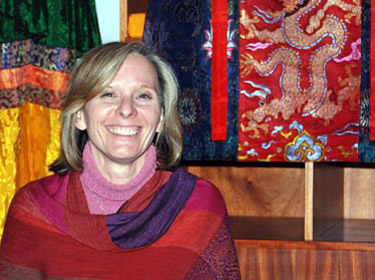 “I was led to Gar Drolma five years ago, seeking to find a teacher and begin studying Buddhism. There really are no words to describe my joy at finding the center and the beauty of meeting with the dharma. It’s like walking in the scorching dessert and being given a cool glass of water to drink – you just can’t seem to get enough.

I knew from that point forward I would devote my life to serving the dharma in any way that would be of benefit. I was very fortunate to spend seven months at Garchen Rinpoche’s center in Arizona where I learned so much about living in community , serving, and engaging in the practice on many levels. I felt very blessed to have this precious time there and hoped it would be of help at Gar Drolma. 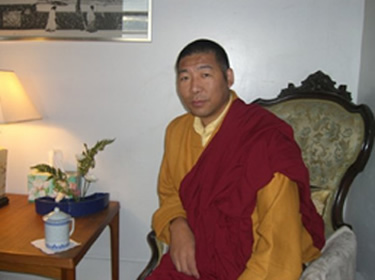 Lama Thubten Nima was born in the Kham (eastern) Region of Tibet in 1965. When he was 14, Lama Thubten Nima had the good fortune to receive instruction on the effects of virtuous and harmful actions by the great Yogi Damga, and he completed the four hundred thousand accumulations of the preliminary practices (Ngondro) according to the Buddhist Yangzab terma.

While at Gar Monastery Lama Thubten Nima studied tantric ritual practices of the Old and New Schools, and engaged in a wide array of other religious trainings. Lama Thubten Nima received special training from the Hlo Lungkar Monastery Chant-master (religious ritual master), Lama Yungthar, including the Eight Heruka Sadhanas, the Embodiment of the Masters’ Realization, Vajrakilaya, and Essence of Great Bliss. He then served as chant master for Gar Monastery and later as the disciplinarian.

In the year 2000 Lama Thubten Nima went to India and received the complete Drikung Kagyu empowerments, transmissions and teachings during the Drikung Snake Year teachings. There he received teachings directly from His Holiness Chetsang Rinpoche, His Eminence Garchen Rinpoche, Drubwang Konchok Norbu Rinpoche, and many other high Lamas. Thereafter, Lama Thubten Nima went to Singapore, Malaysia and Taiwan. He then came to America to do a Yamantaka Retreat with H.E. Garchen Rinpoche. At present, he serves as a Resident Lama and Chant Master for the Garchen Institute in Arizona, as well as continuing to serve as Resident Lama for the Mercy and Treasure Buddhist Foundation (southern California).

H.E. Garchen Rinpoche has also requested Lama Thubten Nima to serve as Chant Master at all the Garchen Buddhist Dharma centers in the West. 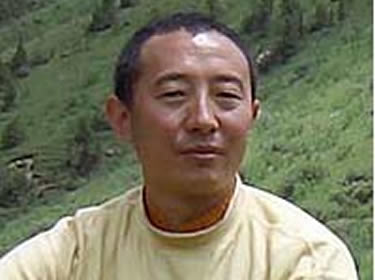 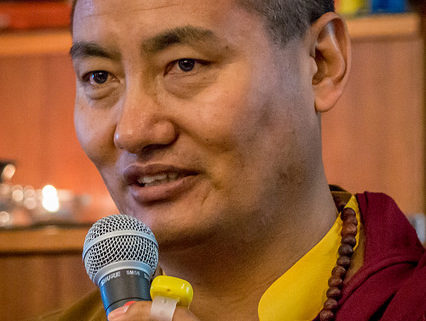 Khenpo Samdup Rinpoche was born in Tibet and is a long time student of His Eminence Garchen Rinpoche. He studied the philosophy of the four schools of Tibetian Buddhism under numerous khenpos. He is currently the Dharma teacher at Gar Drolma Choling in Dayton Ohio, USA.

Scroll to top
Make a Donation to Educate Tibet